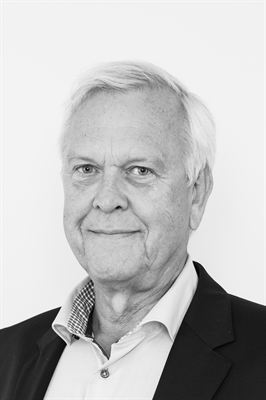 SenzaGen’s chairman, Professor Carl Borrebaeck, has received the prestigious BiotechBuilders Award for his ground-breaking medical research and prominent role as entrepreneur in Life Science, including being the co-founder of SenzaGen, Immunovia, Alligator Bioscience and BioInvent. The award was announced at the annual BiotechBuilder’s meeting in Stockholm on 28 August. Through his involvement in SenzaGen, Carl Borrebaeck has contributed to the development of GARD™ – a gene-based test that evaluates the allergenic properties of chemical substances, thus eliminating the need for animal testing.

Carl Borrebaeck was given the award on the grounds of being a successful entrepreneur who contributed to the start of several new life science companies, including, Alligator Bioscience, Immunovia, BioInvent and SenzaGen, of which the first three have been introduced on the Swedish stock market. His efforts to build scientific networks, including Medicon Village, NOME (Nordic Mentor Network for Entrepreneurship) and Cancer Crosslink Conference, also contribute to his election as an outstanding “biotech builder” and good representative of Swedish life science industry.

Carl Borrebaeck’s latest start-up company SenzaGen, has its base at Medicon Village in Lund. The company develops and sells allergy tests, mainly to the cosmetics and chemical industry. SenzaGen’s test, the GARD™ (Genomic Allergen Rapid Detection) is an alternative method for allergy testing that eliminates the need for animal testing. The method has been developed for over 10 years by a research group at Lund University, led by Carl Borrebaeck, Professor and at the time Head of Institution, and Malin Lindstedt, Professor and Senior Lecturer, both at the Institution of Immunotechnology. GARD utilizes the human genome to classify chemicals, and evaluate their ability to induce allergic reactions in human cells. Today, SenzaGen owns the patents and drives the development as well as the global marketing and sales of GARD. SenzaGen is planning a listing on Nasdaq First North in September 2017.

About GARD
GARD™ is a group of tests for assessing chemical skin sensitizers. The tests make use of genetic biomarkers for more than 200 genes which cover the entire immune reaction and are relevant to predicting the risk of hypersensitivity. The tests have 90% reliability. This compares with the current predominant test method, experiments on mice, which has a reliability rating of 72%. SenzaGen’s tests are also capable of measuring the potency of a substance’s allergenic properties. Consequently GARD tests provide a much more comprehensive basis for determining whether a substance should be classified as an allergen than current testing methods.

About SenzaGen
SenzaGen makes it possible to replace animal experiments with in vitro genetic testing to determine the allergenicity of the chemicals we come into contact with in our daily lives, such as for example in cosmetics, pharmaceuticals, food products and dyes. The company’s patented tests are the most reliable on the market and provide more information than traditional evaluation methods. We ourselves sell the tests in Sweden and the USA, and we sell through partners in several other countries. Over the next few years the company will expand geographically, make alliances with more distribution partners and launch further unique tests. SenzaGen has its headquarters in Lund in Sweden and a subsidiary in San Francisco, USA. For more information visit www.senzagen.com

About Biotech Builders
BiotechBuilders was first initiated in Denmark, 2002, by Dr Jørgen Thorball an early morning at Copenhagen Airport.  The news about the dying Biotech industry called for action to energize the entrepreneurs and bring new life to the industry. Dr Torberg invited the leading life science companies to initiate the first BiotechBuilders event. In this playful and inspiring environment, company founders, visionaries, venture capitalist and CEOs had the opportunity to network and exchange ideas. In 2009 the event was brought to Sweden and have since been held annually in Stockholm, and it has been a great success and much appreciated among the participating people.

Want to join the discussion?
Feel free to contribute!

Integrated hazard identification of chemical sensitizers using in vitro and...

We use cookies on our website to give you the most relevant experience by remembering your preferences and repeat visits. By clicking “Accept All”, you consent to the use of ALL the cookies. However, you may visit "Cookie Settings" to provide a controlled consent.
Cookie SettingsAccept All
Manage consent

This website uses cookies to improve your experience while you navigate through the website. Out of these, the cookies that are categorized as necessary are stored on your browser as they are essential for the working of basic functionalities of the website. We also use third-party cookies that help us analyze and understand how you use this website. These cookies will be stored in your browser only with your consent. You also have the option to opt-out of these cookies. But opting out of some of these cookies may affect your browsing experience.
Necessary Always Enabled
Necessary cookies are absolutely essential for the website to function properly. These cookies ensure basic functionalities and security features of the website, anonymously.
Functional
Functional cookies help to perform certain functionalities like sharing the content of the website on social media platforms, collect feedbacks, and other third-party features.
Performance
Performance cookies are used to understand and analyze the key performance indexes of the website which helps in delivering a better user experience for the visitors.
Analytics
Analytical cookies are used to understand how visitors interact with the website. These cookies help provide information on metrics the number of visitors, bounce rate, traffic source, etc.
Advertisement
Advertisement cookies are used to provide visitors with relevant ads and marketing campaigns. These cookies track visitors across websites and collect information to provide customized ads.
Others
Other uncategorized cookies are those that are being analyzed and have not been classified into a category as yet.
SAVE & ACCEPT