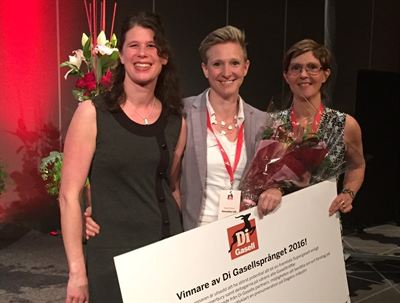 -SenzaGen has great future potential in a new and growing global market. We have been working very hard which makes it particularly rewarding to receive this award and the attention it creates. We are seeing an increased interest in our technology and I am confident that this award will lead to more exciting business opportunities in Europe and globally, says Anki Malmborg Hager, CEO of SenzaGen.

About Gasellsprånget
Gasellsprånget is a competition highlighting Swedish growth companies on the rise. The competition is hosted by the Swedish newspaper Dagens Industri and is split into several regional competitions, from which two contestants are chosen to participate in the national finale. “In the selection of finalists for Gasellsprånget 2016, the jury nominated the companies that have the best opportunities to become Supergasell within a 5-year period, based on analysis and on-stage presentations by the competing companies.”